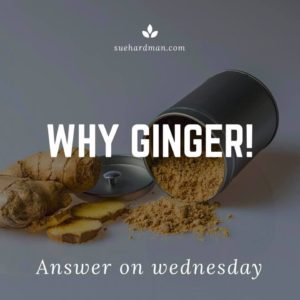 Ginger, has been cultivated and used medicinally since antiquity and is used throughout the world as a medicinal agent, from the traditional medical systems of the west, China, India, Indonesia, Thailand, South Africa and South America.

It’s from the same family as turmeric, which possible explains its amazing benefits. The medicinal benefits come from the pungent gingerols and shogaols, and they account for the majority of ginger’s health benefits acting as a highly potent antioxidant and anti-inflammatory agents.

Gingerol, has been thoroughly evaluated clinically, and the research backs up why you should use this herb on a regular basis.

Ginger is a mainstay of traditional medicine with powerful benefits for just about every system in the body. Research shows it’s effective in several health conditions and that it is a multi-faceted remedy:-

1) The best-researched use of ginger is in combating nausea, cramping and vomiting, by neutralising stomach acids and stimulating the production of digestive juices.It has powerful anti-inflammatory botanical hence it’s effectiveness in relieving digestive irritation. Use it to treat your stomach ache (especially when due to undigested food), poor appetite, dyspepsia, flatulence and nausea.

2) Heart health – It can help to lower high blood pressure and keeping the blood thin in higher doses.

3) Ginger root contains compounds called gingerols which, studies say, help calm down the inflammatory “heat” that triggers swelling and discomfort in joints, muscles and other tissues.

Being a warming circulatory stimulant ginger increases circulation to the affected joints and enhances the effectiveness of other anti-inflammatory’s in a formula. 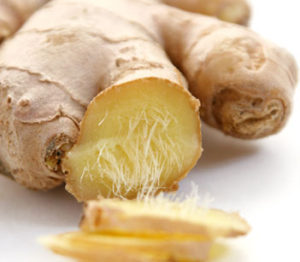 4) Poor Immune and respiratory health – it’s an anti-viral and makes a warming cold and flu remedy. In addition, this root is a natural decongestant and antihistamine, and is often included in herbal cold and cough preparations.

In Ayurvedic medicine it is used for the immune system because it is so effective at warming the body, it can help break down the accumulation of toxins in your organs. It’s also known to cleanse the lymphatic system preventing toxins from accumulating so that your less susceptible to infections.

5) It has anti-pain properties by lowering the body’s production of prostaglandins (hormones involved in inflammation).

6) Poor digestion and malabsorption – if your body is not digesting or assimilating nutrients correctly you will end up with nutrient deficiencies.  This is why ginger is so important. As we age our digestive ‘fire’ also decreases, try some fresh ginger just before a meal to stoke your digestive fire and support a healthy gut!

7) Fungal infections are increasingly resistant to conventional medicine, of the 29 plant species evaluated in a University study, ginger won the prize for having the extract most effective at killing fungus.

8) Researchers have found that compounds in ginger interrupt the cycle of cancer cell development—in a sense, throwing a spanner into the gears of the tumour machinery. Ginger oils provide compounds that interrupt inflammatory triggers that can cause the development, growth, and spread of tumors.

How To Use Ginger For Maximum Benefit 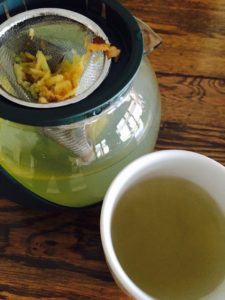 In India, ginger is liberally used in daily life. Ginger-infused Chai is a household favourite.

On dining tables in India, you’ll see fresh ginger that’s turned a soft pink from being soaked in lemon juice and salt: a zingy accompaniment to any cooked meal.

You can grate it up and squeeze it into a hot tea (this is my favourite), add it to juices, baked goods, smoothies and more… experiment and have fun.

For a powerful anti-fungal, mix several drops of pure ginger essential oil with tea tree oil with one teaspoon of coconut oil, and apply up to three times a day.

Herbalists frequently add ginger to herbal formulas, as it’s known to play a role in increasing the bio-availability of other substances and it’s actions – Clears Heat & Toxins.

If you haven’t signed up for my regular updates and newsletter, you can sing up here

or grab a copy of one of my free gifts here. 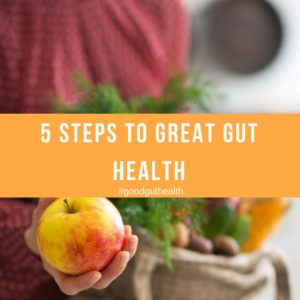 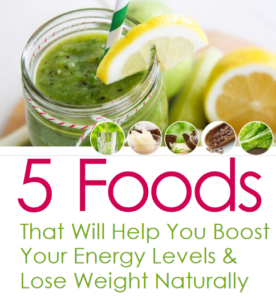 5 Foods that will boost Your Energy Levels and Help You Lose Weight Naturally. 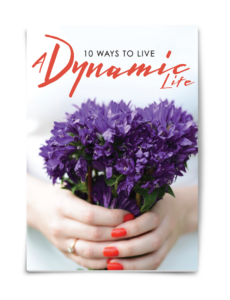 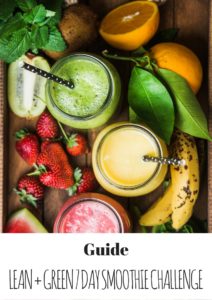 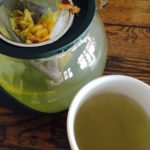 Nothing like a good cuppa tea to sort out the problems of the world. My grandmother loved her tea and it was the first thing we’d do when we visited her, I do miss being able to sit down and share a pot of tea with her.

Who meets for a cup of tea these days? It seems we’re all more likely to meet for a coffee. But, a cup of tea is so much more than just about the socialising. I wanted to share with you how ‘just’ a cup of tea could be one of THE most simple ‘healing’ tools that you could have in your kitchen. I know you might say, it’s only a cup of tea!

Research studies and ancient eastern traditions show that herbal teas can have the most positive effect on supporting you with illness, ailments and for ensuring optimum health.

As a herbalist and lover of simple, effective, quick and easy solutions there are some essential herbal teas in my kitchen for when first aid is needed – either to settle a sore or nervous tummy, insomnia, anxiety, cramps, heartaches, the beginnings of a cold or flu, bloating, indigestion and even PMT.

Be sure to stock up on chamomile, rose, peppermint, cinnamon and ginger teas for your home and then you’ll be covered with the basics. Of course you 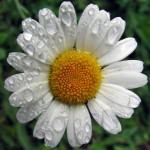 need to know which one to use when and you may have be unaware of some of the other things these common herbal teas can be useful for. Chamomile is calming but so much more, peppermint for wind and so much more, ginger for nausea and so much more…..

Fresh grated ginger is one of my personal favourites, it has an amazing taste and is more than a treatment for nausea, which many pregnant women can attest to. It’s one of the foundation herbs used in Ayurvedic and TCM and it’s brilliant for balancing your digestion, great to have before a meal to boost the ‘fire in your tummy’ to help digest your food and get the nutrients you need.  I would say most of us would benefit from drinking warming ginger, daily.

I love having a flask of ginger tea ready to drink at anytime, during the day. Ginger is one of the most researched herbs (along with turmeric) and it has many uses, it’s anti-viral too – so brilliant for colds or flu. Herbalists consider it a universal medicine with multi-healing properties that benefits everybody and all diseases. With ginger think – digestion, lungs and circulation.

Chamomile is most commonly considered a calming tea, but herbalists call it the ‘Mother of the gut’. I found this tea to be particularly useful when ever we have tummy upsets because it works on the nervous system found in your gut or as we like to call it the – ‘second brain’. Think tummy aches from unknown causes, IBS and when someone is nervous about something and have that tight feeling in their tummy. Chamomile excels at treating what is commonly known as a “nervous stomach”, which generally implies digestive upset alongside anxiety, nervous tension.

That aromatic component from Chamomile’s high essential oil content, has a specific relaxing, calming effect on your nervous system and can be helpful for insomnia, cough, bronchitis, cold or fever, gas, gut cramping and mild constipation. . 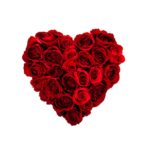 Rose – heals the heart, balances hormones and is uplifting. It’s a bitter, cooling herb so it can help with headaches and inflammation. Used in combination with other herbs it adds beauty and colour to a blend.

I often recommend rose tea for PMT, periods that are painful, excessive or irregular and if there is an underlying nervousness, sadness or grief the role of rose is nourishing on the nervous system. It has a calming effect on the emotions and as it has an affinity for the heart. It’s often used in times of sadness and grief.

Peppermint – a great pick-me up if you ever need an alternative to coffee. It’s full of aroma that awakens the senses helpful in congestion in the head, use as a hot tea to cause sweating with colds and flu. Useful when there is a lot of mucous. It can lift feelings of emotional ‘heaviness’ and relieves the symptoms of abdominal gas, bloating, muscle spasms and nausea (without vomiting).  Peppermint tea can also be made using fresh herbs from the garden’and it’s one of the easiest herbs to grow.

Researchers from the University’s Department of Psychology have found that drinking peppermint tea improves alertness, while chamomile tea has a calming effect. These findings were presented at the annual British Psychological Society Conference in Nottingham this week (26-28 April 2016).

Cinnamon – useful for poor circulation, colds, flu and a bout of diarrhoea but among this spice’s most impressive health benefits is its ability to 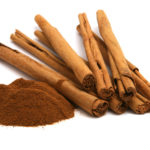 Cinnamon has more antioxidants than many so-called antioxidant foods, like-for-like. For example, one teaspoon of cinnamon has as much antioxidant capacity as a full cup of pomegranate juice or a half-cup of blueberries. Two of the main types of cinnamon, are Cassia and Ceylon. A better option for taste and health is Ceylon cinnamon (also called Sri Lanka cinnamon or “true cinnamon”).

I recommend that you drink herbal teas because it’s a fantastic and safe way to maintain your health over time. Consistent tea drinking gives your body what it needs in doses that it can handle.

Teas are a really wonderful way to boost your body’s hydration, and because we’re made of 65-80 percent water, the constituents that hot (and cold) water pulls out of the herbs are really absorbable for us. Each herb has a myriad of actions so it isn’t hard to come up with a tasty blend that does a lot of good in your body.

Don’t miss any future blog posts, be sure to sign up here  or HERE – in the sign-up boxes.