The rose is steeped in legend and symbolism from Greek mythology, the Eastern traditions and also in Roman legends. Since those early days the rose has not only been appreciated for its beauty and perfume but also for its medicinal values.

One of the most sensuous and romantic of flowers – is used as a symbol of love in western cultures, of divine love in the church, as a food in the middle east and in skin and perfume preparations since Egyptian times.

In Ayurveda they say rose treats the heart, nerves, and lifts the spirits. It has an affinity for the blood and has a certain astringency that stops bleeding and reduces inflammation, so it’s very beneficial when there are signs of heat (in Ayurveda high Pitta in one’s constitution) – like a red tongue, agitation, hot flushes, lots of blood, irritability and emotional sensitivity. 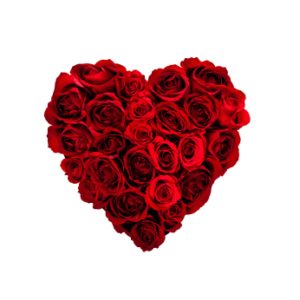 The areas where I tend to find rose most beneficial, as a Naturopath and Herbalist, is for women who have issues with PMT, hormone imbalance or who  have periods that are painful, excessive or irregular, it is helpful with infertility and to increase sexual desire.

If there is an underlying anxiety, nervousness, sadness or grief the role of rose is nourishing on the nervous system. It has a calming effect on the emotions and the heart.

I would also recommend using Rose in the following situations:

How to use Rose

‘The Good Health Guide’ newsletter is filled with inspiration, practical, easy to follow tips and articles on healthy eating, recipes, exercise and natural medicines to help you live a healthier life.

These newsletter are all delivered straight to your inbox. Sign up HERE.

This is what readers of the ‘The Good Health Guide’ newsletter are saying about it:

Cinnamon has been used in Chinese medicine and Ayurveda and has long been revered it for its near superpowers, using it to treat things such as colds, indigestion and cramps, not to mention for its anti-clotting properties as well as attributes for the brain function and memory. These societies also believed it could improve energy, vitality and circulation. It’s no wonder Cinnamon is considered a superfood!

Just some of Cinnamon’s benefits:

☘️ Among Cinnamons most impressive health benefits is impact on blood sugar and ability to improve glucose control. this herb can normalise blood sugar levels, helping to reduce cravings for sugar. By controlling blood sugar levels you can prevent spikes after meals.

☘️Ranks #1 with it’s protective antioxidant levels than many so-called antioxidant foods, like-for-like. For example, one teaspoon has as much antioxidant capacity as a full cup of pomegranate juice or a half-cup of blueberries.

☘️Over seven kinds of flavonoid compounds so it is highly effective for inflammation throughout the body.

☘️Studies have shown that it reduces several of the most common risk factors for heart disease, including high cholesterol levels, high triglyceride levels, and high blood pressure.

☘️Contains many antioxidants and it’s anti-inflammatory compounds that reduce the effects of aging on the body and brain – activates neuro-protective proteins that protect brain cells from mutation and undergoing damage.

💚 A natural anti-microbial, anti-biotic, anti-fungal, and anti-viral agent. The immune-boosting abilities are found in the essential oil.

☘️ Its naturally sweet taste, adding cinnamon to foods and recipes can help you cut down on the amount of sugar you normally use, thereby lowering the glycemic load of your meal.

Balance your blood sugar and keep your energy consistent all day

Sugar may be one of the reasons you tend to get energy highs and lows throughout the day, and the cause of your roller-coaster with energy – can’t get up in the morning and / or you get that terrible afternoon slump! So it’s essential to keep your glucose levels consistent throughout the day. How do you do that? The most important thing to do is to include the right foods at the right time (that’s a whole story on it’s own and for healthy eating guidelines for woman – READ more HERE

When adding cinnamon to your diet, daily, you can also make a big difference to controlling sugar cravings and the glucose spikes. Of course if you want to know why sugar makes you look older than you are – read more HERE What do you need to do to reap the benefit?

By just having a ¼ or ½ teaspoon of cinnamon you can start lowering and regulating your blood sugar levels. Just remember that unless you’re adding it to a balanced healthy diet – high in vegetables and extremely low in fructose and grains – you’ll likely not experience any benefit.

Sprinkle cinnamon onto your whole grain oatmeal, cereals, yogurt, soups and sauces – even your smoothie! Simmer your favorite tea, coffee or beverage with cinnamon sticks or sprinkle with cinnamon powder, creating the perfect breakfast drink or bedtime nightcap.

To find out more about how you can have optimum wellness as you enter your 40’s and feel radiant have vitality, and energy to do all that you want to have radiant skin, calm any digestive issues, cope better with stress, anxiety and have much higher long-lasting energy levels.